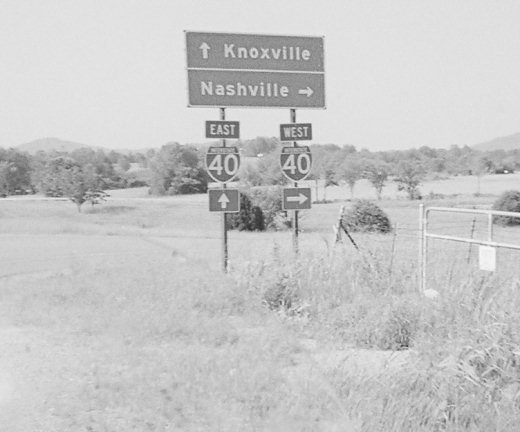 Last spring, some relatives invited me to visit their small ranch near Sierra Vista AZ. Memorial Day weekend seemed like a good time to take them up on the offer, so I logged onto Maps.yahoo.com to route my trip. The shortest route from Miami Beach to Sierra Vista computed as 2,232 miles. But as is often case, the shortest route was not what I was looking for. At that time, earning a SaddleSore 3000 patch and cruising some of “The Mother Road” (a.k.a. Route 66) were high on my wish list, so I charted a 3,069-mile course that would allow me to do both: From Miami Beach, my route was north on I-95 to Benson NC, then west on I-40 to Winston-Salem NC, then northwest on US52/I-74 to I-77 into Virginia, then southwest on I-81 to Knoxville TN, then west on I-40 (and parts of Historic Route 66) to Santa Rosa NM, north on Pre-1937 Route 66 to Romeroville NM, then south on I-25 to Las Cruces NM, and west on I-10 to Willcox AZ. This month, let me tell you about the second leg of this ride: 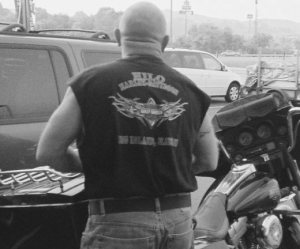 After a six-egg breakfast and a gallon of really tasty coffee in the company of a Rolling Thunder group from Oklahoma staying there at the Best Western, I pulled a gas receipt to log the start of Leg 2 of my SS3000 at 7:26am ET on Thursday, 24 May 2007. I then roared off down I-40 heading west … without my gas cap. Fortunately, I was able to loop back quickly, and found the cap right where I left it on top of the pump. Good thing, too, because otherwise I would’ve had to wait 30 minutes for the Harley-Davidson shop just across the street to open up so I could buy a replacement.

Less than an hour later, I took the Rockwood TN exit and stopped at the Rocky Top c-store next to the now defunct East-West Truck Stop. I didn’t need gas, but that gallon of coffee from breakfast was ready for release. The front of the store looked familiar, and when I walked inside I definitely got a sense of deja vu. Sure enough, in speaking to Tanya–the cashier–I figured out that I had in fact stopped there before–at around 3:00am during a SaddleSore 2000 run in March of 2006–and that she had been the clerk on duty then, as well.

With coincidence noted and bladder drained, I continued my ride westward through the emerald green Tennessee countryside. I had my rain pants on, so blue skies and warm sunshine was in abundance. I was enjoying the scenery and making good time. I breezed through Music City USA and on into Jackson TN, where I stopped for lunch in that friendly little town called home by rockabilly Carl “Blue Suede Shoes” Perkins and the famous railroader Casey Jones.

Riding westward from Jackson, the skies remained clear and the traffic light all the way through Memphis and across the Mississippi River into Arkansas, where I stopped for gas in Marion. At almost every stop I made on this trip, I overheard cagers complaining about gas prices approaching four bucks a gallon, but what I experienced here was a bit different: A guy came up to me begging for cash to buy some gas, and I refused him. Neither the begging nor my refusal were “different”, but the fact that this guy was driving a late model Cadillac Escalade SUV monster gas guzzler was! Sadly ironic, to say the least. Oh well, in the end I guess we all make our own beds…

Two hours more and I was through Little Rock and into the western half of Arkansas, where scattered stands of green trees and gently rolling ranch country offered far more enjoyable scenery than the flat and mundane farmlands to the east. The gray clouds I’d been expecting for two days finally appeared as I approached Fort Smith and the Oklahoma border. But still no rain fell and I had the interstate all to myself (or so I thought), so I continued making good time. A bit too good, it turned out, in the estimation of the Arkansas state trooper whose cruiser leaped out from under an overpass I had just rolled through. He turned out to be a good-ole boy, though, and I knew almost from the moment he asked “Whar ya headed?” that he wasn’t going to ticket me. I told him I was riding to Amarillo. He grinned and replied “Shoot! That’s almost 500 miles from here. And it’s rainin’ hard in Oklahoma, so you take it easy, ya hear?” I just smiled back, said thanks, and pocketed my wallet. 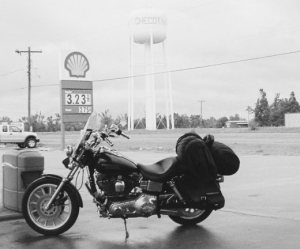 Soon after that, I crossed the state line into Oklahoma and made a gas stop “where 69 meets 40” in Checotah. This “single stoplight town” is best known perhaps as the childhood home of American Idol winner and country music singer Carrie Underwood, who recorded a song entitled “I Ain’t In Checotah Anymore”. And having been there now, I can understand why… Anyway, the sun was setting as I continued west from Checotah, and with the darkness came an intermittent drizzle that persisted for the remaining 370 miles of this day’s ride.

I first encountered remnants of historic Route 66 in Oklahoma City. I passed the exit signs for the Oklahoma Route 66 Museum in Clinton, and the National Route 66 Museum in Elk City, but it was too late to stop by and too dark and rainy to see much. So I just rode on to my destination in Amarillo TX and checked into the Best Western Santa Fe Inn at 1:03am CT.