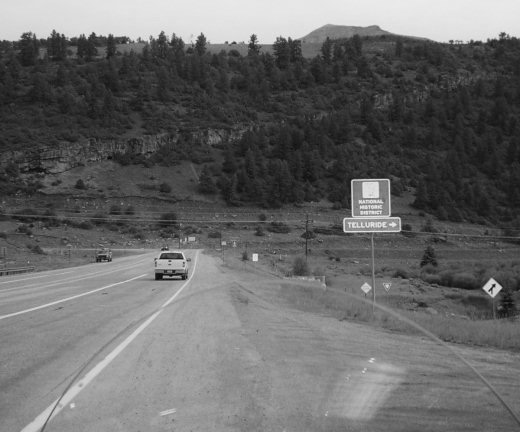 Or, X-Raying Your Junk vs. X-Treme Riding Pleasure

I was in Aylesbury–a quaint little duck-loving town in Buckinghamshire chock-full of disarmingly friendly people and Anglo-Saxon history, but a wee bit lacking in memorable pubs–when the three World Trade Center buildings were brought down on 11 September 2001. My last name wasn’t Bush or Bin Laden, so my stay in Merry Olde England was extended several days as I waited anxiously along with thousands of other American expatriates for an opening on any flight back to Sweet Mother Texas and my loved ones. And with the sad August 2008 exception of one flight home to my current digs in Miami after blowing Hidalgo’s engine in the Chihuahuan Desert attempting another BBG 3000, “9/11” marked the end of commercial air travel for me.

Nowadays if I need to get from anywhere to anywhere on the continent, a motorcycle is my primary–nay, exclusive–means of motorized transportation. Rain or shine, it’s worth the extra time. And compared to the headaches, humiliations and horrors of post-9/11 TSA goodie grabs … chronic departure delays … tarmac torture sessions … and peanut-free (Hell, nothing’s free) no-frills airline flights, that “extra time” can be a small price to pay. Allow me to explain:

According to the Bureau of Transportation Statistics (BTS.gov), in 2009 the average non-stop distance flown per departure for U.S. domestic commercial flights was 618.6 miles, or roughly the bee-line distance from Miami, Florida to Atlanta, Georgia. According to Orbitz.com, flying American Airlines coach class direct non-stop from Miami to Atlanta will cost you $79.00 with a “flight time” of 2 hours. Your door-to-door trip time, of course, will entail a lot more than just the stated flight time. First you must travel to the airport, which can easily take 30 minutes. Next comes “airport processing” and, believe it or not, according to SpiritAir.com, “The average time it takes to enter an airport terminal, check in, clear TSA security and board [an] aircraft within the U.S. is approximately three (3) hours.” Then, after spending all that time being handled and herded like beef on the hoof, and quite possibly felt up like a teen queen on a second date, Time Magazine (Time.com) says to be prepared for an average flight delay of 57 minutes somewhere between actually boarding, finally taking off, flying the distance and then actually touching down. Add to that an hour or more to deplane, grab your bag, and rent a car or catch a cab to take you to your final destination, and your total door-to-door time flying from Miami to Atlanta could easily exceed 8 hours.

But what if–instead of having to endure 8 hours of degradation and discomfort with your fate and maybe even your junk in somebody else’s hands–you twisted your own throttle and RODE from Miami to Atlanta? According to Google Maps (Maps.Google.com), you’d be looking at a ride of 661 miles that should take you 10 hours and 44 minutes. Gas and out-of-pocket expenses for the ride should be less than what you’d pay to fly. So in this example, riding instead of flying would cost you a little under 3 hours but maybe save you a little cash.

The trade-offs to consider, however, go beyond time and money. Given the choice, for instance, how would you rather spend an entire day: Subjecting yourself to the pains of being processed, inspected, stamped and transported like so much meat? Or enjoying the pleasures of the wind in your face, a thundering engine beneath you, and the open road ahead of you? And what about privacy and practicality? Would you rather pack what you really wanted and needed to take with you, or worry about whether your shaving cream, pocket knife or party favors will make it through security? And last but not least, just how much individual freedom and personal dignity are you willing to sacrifice in return for a questionable promise of protection from some ethereal “terrorist threat” that may or may not exist? Would you rather spend 8 hours being confined, controlled and at the mercy of an inept and unaccountable bureaucracy, or 11 hours with the controls of your bike and your fate in your hands?

Yes, I freely concede that for many of your trips the distance will be too far, the travel time too long, or the weather and road conditions too poor for riding to be a practical alternative to flying. But I’ll wager that for most of you there will be just as many trips where freedom of the road would be a better choice than flying the fascist skies.

IronBoltBruce … record-holding long distance motorcycle rider … disappointed bikers’ rights activist but proud member of The 100 … disillusioned political agitator targeting social injustice and piercing the veil of our two-puppet system to expose the institutionalized greed of the Kleptocracy pulling all strings Left and Right … like Thomas Jefferson, an aficionado of ethnic aesthetic and a philosophical anarchist who accepts the State as a necessary evil under which the best government is less government.