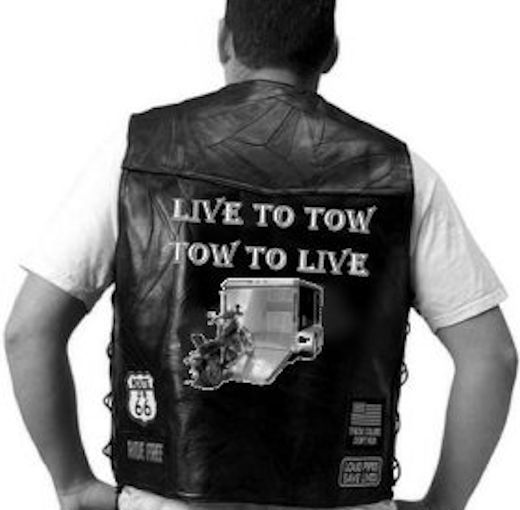 Trailers May Succeed Where Helmets Fail

The 66th Annual Sturgis Motorcycle Rally is just a fond memory for me now … as is the positive bank balance I had before attending it. It’s another rainy Sunday here in South Florida, so with no sun and no mon’ to have any fun, I decided to take another look at NHTSA’s June 2006 DOT HS 810 606 Technical Report:

If NHTSA’s thinking was that valuable conclusions regarding motorcycle safety could be drawn from isolating and analyzing motorcycle crash fatality statistics, then this entire report is based on a faulty premise. And no, I’m not talking about the problems with their vehicle miles traveled (“VMT”) data. What I’m referring to is the lack of a complete statistical context. Where, for example, are the numbers on non-fatal crashes, and non-fatal injuries? In analyzing how any given factor impacts the overall safety of a motorcycle rider, a complete statistical context would tell us whether:

(a) it increased or decreased the probability of a crash;

(b) in case of a crash, it increased or decreased the probability of injury;

(c) in case of injury, it increased or decreased the probability of recovery; and

(d) in case of non-recoverable injury, it increased or decreased the probability of fatality.

Yes, in a perfect world, these are the kinds of statistics we’d be getting from NHTSA. But the world ain’t perfect (and neither is NHTSA). Consequently, the section of this report intended to show the relationship of motorcycle rider helmet usage to crash survivability is lacking in context and provides no basis for reliable conclusions. And even if it did, the numbers offer just enough ambiguity to encourage parties on both sides of the helmet law issue to continue their specious debates.

Nevertheless, crunching the numbers contained in this report did support some of their conclusions and lead to some interesting observations. One is that motorcycling in America is undergoing what sociologists call a paradigm shift, and it wasn’t in the direction that I expected. Graying Baby Boomer Bikers are not being supplanted by Gen X Crotch Rocketeers. Instead, between 1998 and 2003:

(a) the number of registered motorcycles in the U.S. increased from 3.9 to 5.4 million;

Unless you just landed on Earth or awoke from a long coma, this is probably not a mind-blowing revelation for you. The challenge to all of our collective neurons, however, is what to do about the problem. The perennial solution offered up by NHTSA, the American Automobile Association, the Heads Up Coalition and other cager-centric collaborations is, of course, mandatory helmet laws. But should we really expect lid laws to make a difference? Both logic and NHTSA’s own numbers tell us the answer is NO. Let’s break it down point by point:

Do mandatory helmet laws reduce the number of motorcycles on the road?

You bet they do, as is evidenced by the increase in motorcycle sales each time a state is liberated from its lid law. But can they reduce them enough to significantly decrease the number of fatalities among 40-plus riders nationwide? I’d say NO, they can’t.

Do mandatory helmet laws reduce the proportion of bikes owned by older riders?

I have no statistics relevant to this question, but logic and observation suggest that lid laws have no significant impact on motorcycle ownership by age.

NHTSA’s numbers suggest that helmeted riders are more likely to be involved in a fatal accident, but those numbers may be more reflective of the state where the accident occurred (free state vs. lid state) than anything else. The reality is that we have no reliable statistics suggesting any correlation–positive or negative–between helmet usage and crash fatalities.

Helmets are not now, and never will be, the silver bullets of motorcycle safety. But where helmets fail, trailers may succeed. Especially with the 40-plus age group, where the greatest increase in motorcycle crash fatalities seems to be occurring. Again, let’s break it down point by point:

Do trailers reduce the number of motorcycles on the road?

Of course they do! Every motorcycle towed is one less bike on the road.

Do trailers reduce the proportion of bikes owned by older riders?

Who cares? If the bike is being trailered, there is an extremely high probability there will be no rider in the saddle. And regardless of age, if there’s no rider, there can be no motorcycle fatality!

Absolutely. I can think of no more reliable way for older riders to avoid fatal motorcycle accidents than to have their bikes towed rather than rode!

Wake up, people. It’s only a matter of time before NHTSA, the AAA and all of the ACS Trauma Surgeons figure out that trailers can save a lot more lives than helmets ever could. So unless the American Motorcyclist Association steps up to the plate and starts swinging, get ready for a new biker t-shirt slogan:

LIVE TO TOW … TOW TO LIVE