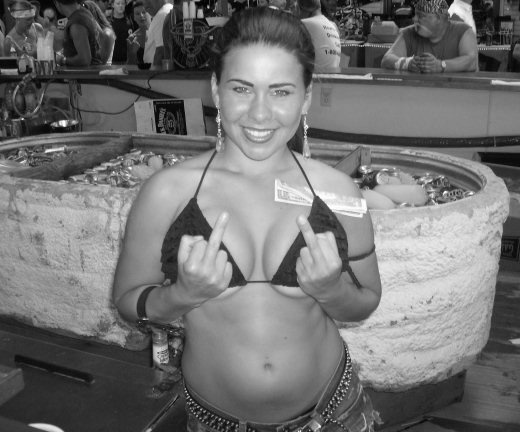 Want to save more lives and money? Lock up dirty doctors … not lidless riders!

Neither helmets nor mandatory helmet laws can prevent CRASHES, which are the cause of virtually all motorcycle-related injuries and deaths. And for the entire United States, for the entire year of 2005, wearing a helmet (a) MIGHT have prevented or reduced no more than 45,240 injuries, and (b) MIGHT have prevented no more than 2,032 deaths. In fact, NHTSA estimates that in 2005 only “… 728 more [lives] could have been saved if all motorcyclists had worn helmets.”[8]

This is not to suggest that saving 728 lives nationwide is not important. Rather I suggest to you, Ms. Hands, that for the same investment of time, money, political capital and legislative resources, many more lives could be saved if you charge in a different direction:

In 2005, needless hospital infections afflicted 44 times as many Americans as were injured in lidless motorcycle crashes, and there were 124 times as many needless hospital infection deaths as there were lidless motorcycle fatalities. Those unnecessary infections added $30 billion to our national healthcare tab, while helmetless riders involved in accidents MIGHT have contributed no more than $1.7 billion.[1,6]

Given that you could save at least 17 times as much money and 124 times as many lives by attacking needless hospital infections rather than responsible lidless riders, Ms. Hands, what has skewed your focus? Could it be the misleadingly alarmist statement broadcast by the World Health Organization’s “Helmet Initiative” that in Montana, motorcycle deaths in 2005 approached a 20-year high?[7] If so, then allow me to offer a more realistic statement of the facts:

According to NHTSA, in 2005 there were only 28 motorcycle fatalities in Montana, and chances are that 46.4% of those riders were wearing helmets AND DIED ANYWAY.[8]

So really, Ms. Hands, just how much impact do you expect your proposed helmet legislation to have? The Great State of Montana will lose untold millions of dollars in motorcycle- and tourism-related revenues, income, employment and sales taxes, and gain what?

RATHER THAN PROPOSE NEEDLESS LEGISLATION THAT DISCRIMINATORILY LIMITS FREEDOM OF CHOICE FOR THE FEW, WHY DON’T YOU INTRODUCE A BILL THAT BOLSTERS RIGHT TO LIFE FOR THE MANY?

“Research indicates that doctors clean their hands before treating a patient only 48% of the time, and this rate is significantly worse at some hospitals.”[2] And as a consequence of their inexcusable negligence, 1 in 20 hospital patients gets an infection–two million Americans every year–and over 90,000 of them die. (And many of these same care-less physicians call riding a motorcycle without a helmet “irresponsible”!)

How many more innocent Americans must die literally at the hands of their dirty doctors? And how many more hard-working, tax-paying motorcyclists must die as a result of the negligence and inattentional blindness of cagers distracted and impaired by cell phones, while misguided politicians punish murder victims for not wearing Kevlar vests? When will this hypocrisy END?

Want to save more lives and money, Ms. Hands? Lock up dirty doctors … not lidless riders! It will be a simple thing to do. The Committee to Reduce Infection Deaths has already drafted a model bill for you, and here it is:

I gratefully acknowledge Edward Birch of Tucson, Arizona for inspiring this statement of position, and attest that I speak strictly for myself and no other individuals or organizations.