“In the size of the lie there is always contained a certain factor of credibility, since the great masses of the people … will more easily fall victim to a big lie than to a small one.”–Adolf Hitler, in Mein Kampf

An American Biker Demands The Truth About 9/11 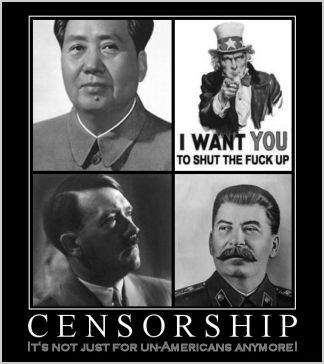 While visiting Washington DC recently (11 September 2009) I was exposed for the first time to the “9/11 Truth”. Like Neo in the Matrix, I took the red pill offered by Morpheus, and began to see things as they really are:

The 9/11 Commission Report has been exposed as almost entirely untrue by John Farmer, the Dean of Rutgers School of Law–Newark who served as Senior Counsel to the Commission. In short, THEY LIED. As that is now public knowledge, it is time for Americans to ask some tough questions, and for once in our history, insist on the real answers. Specifically, I hereby call on all who read this to contact their United States Senators and Representatives and DEMAND a new, impartial and independent investigation to uncover for once and for all the Truth about 9/11:

“The whole aim of practical politics is to keep the populace alarmed (and hence clamorous to be led to safety) by menacing it with an endless series of hobgoblins, all of them imaginary.”–H.L. Mencken

Why is the Mainstream Media not Demanding the Truth About 9/11?

Please take a few minutes to open your mind and consider the following:

So again I ask, why is the mainstream media not demanding the truth about 9/11? Whatever happened to investigative journalism?